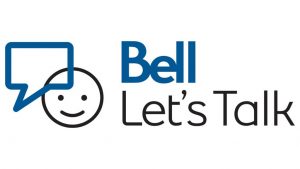 We’ve all heard about the #BellLetsTalk hashtag flying across Social Media, but what does it mean? The idea began more than a decade ago when the Canadian telecommunications company, Bell, introduced the concept.

When Bell launched the #BellLetsTalk campaign in January 2011, it aimed to raise awareness of the mental illness and promote action for mental health. With every post tagged with #BellLetsTalk, it donated money to Canadian mental health initiatives. With the addition of Twitter, Facebook, Instagram, Snapchat, YouTube, Pinterest, and TikTok, Bell Let’s Talk Day has grown to encompass all major social media platforms.

There have been more than 1 million interactions on #BellLetsTalk posts, with over $100,000,000 dedicated to mental health resources, according to their website. That, in our opinion, is a pretty powerful message to what Canadians can do when we all work together.

Bell will donate 5 cents to mental health resources for every Bell Let’s Talk Day post using #BellLetsTalk, on every Bell wireless text or call made using #BellLetsTalk. So take out your phones (now while driving of course) and get texting, calling and checking in on those you love and those you haven’t talked to in a while. Ask them how they are, send them a picture of your cat, tweet out some love with the hashtag and let’s raise millions more for Canadian Mental health

Each year, people from coast to coast and beyond seek to end the stigma swirling around mental health needs by donating and posting #BellLetsTalk. Positive mental health is a team effort.

By talking about it, we help each other.